We Are Winter Party Contest! 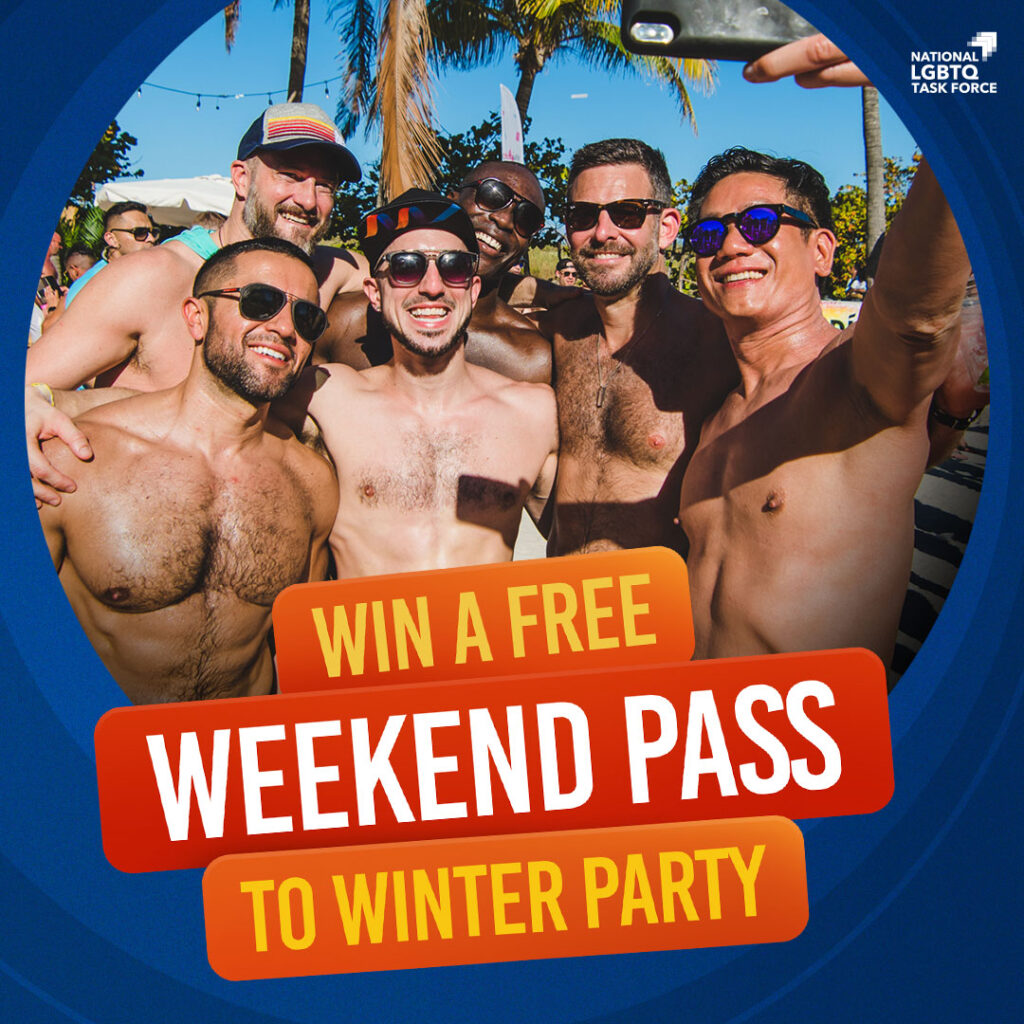 Help us celebrate the 30th Anniversary of Winter Party by sharing your favorite moment throughout the years for a chance to win a free weekend pass.

Entering is easy. All you need to do is:

The photo and video with the most engagement will each win a Weekend Pass. Contest ends at 11:59 pm EDT on October 23, 2022. No purchase necessary. Additional rules apply.

This contest is sponsored by the National LGBTQ Task Force. This contest is void outside of the United States and where prohibited by law. The contest is subject to all federal, state, and local laws.

By entering the contest, contestants agree that: (1) any and all disputes, claims, and causes of action arising out of or connected with the contest, or any prizes awarded, shall be resolved individually, without resort to any form of class action; (2) any and all claims, judgments, and awards shall be limited to actual out-of-pocket costs incurred, including costs associated with entering the contest, but in no event will attorneys’ fees be awarded or recoverable; and (3) under no circumstances will any contestant be permitted to obtain any award for, and contestant hereby knowingly and expressly waives all rights to seek, punitive, incidental, or consequential damages and/or any other damages, other than actual out-of-pocket expenses, and/or any and all rights to have damages multiplied or otherwise increased.